For the Love of Alj 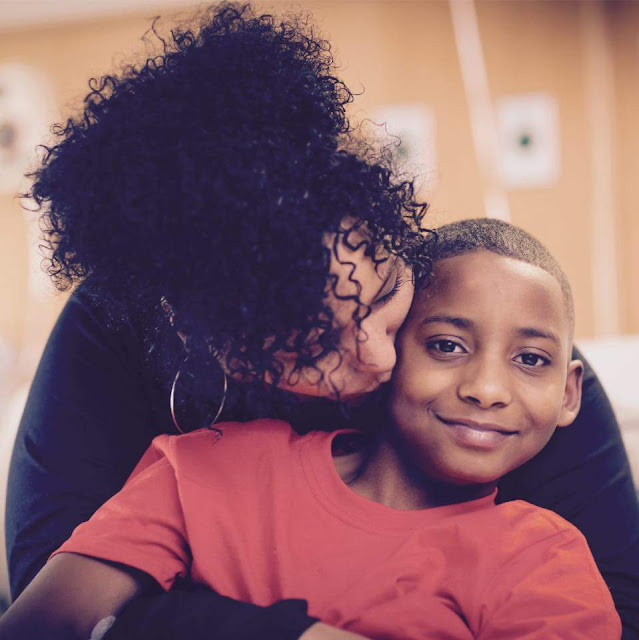 At 4 months of age, Alj (pronounced AL-Jay) was diagnosed with cardiomyopathy, a disease of the heart muscle. The doctors predicted that he wouldn’t survive overnight because his heart muscles just weren’t constricting as they should. But Alj was strong, a special kind of kid, and now at 13 years of age, he's an honor roll student at Broadview Middle School. Unfortunately, that diagnosis at 4 months of age was just the beginning of a long journey that has included many hospital stays and a much restricted lifestyle, having to avoid any activity that would put any kind of stress on his heart. After a decade of hospital stays, testing and treatment, his heart can no longer keep up and he’s now remained in the hospital for over 8 months. The only option at this point is a heart transplant for Alj. Dr Buck, the cardiologist at UNC who is spearheading Alj’s care, says that waiting for the new heart is inherently unpredictable. Additionally, the wait is peppered with sadness, knowing that the miracle gift comes at the expense of another family’s tragedy. Alj and his mom both grapple with this, but are so appreciative and determined to stay strong. As for Alj, he has big plans for his new heart. When interviewed by Fox8 News back before the holidays, Alj proclaimed:  “That will be amazing. I’ll get to experience being happy and doing whatever I want to do. I think I’ll play football when I get a new heart. I’ll probably be able to run or ride my bike, do a lot of stuff!” he explained.

There is a fundraising event on Saturday, February 27th, held at Broadview Middle School in Burlington. The family-friendly benefit runs from 6pm-9pm. Graymatter performance time is 7pm-9pm so come hang out with us for lots of singing and dancing – all for a terrific cause – support for Alj and his mom. There will be raffle prizes, vendors, dinner by Texas Roadhouse (grilled or BBQ chicken, baked potato, salad, & bread for $12/ half goes to Team Alj) and 100% of the proceeds of this event goes towards living expenses and medical bills. The evening will be live-streamed so that Alj can watch from his bed at UNC. Let’s show him just how much the community is rooting for him!
at 7:04 AM