Bev, Barry and Brad grew up playing and singing together, often around the table after dinner was finished. Guitars and other instruments came out and the harmonies began. Dad sat at the end of the table, strumming his guitar and leading the way through Kingston Trio, Peter Paul & Mary, Brothers Four, Elizabeth Cotton, and so much more. Pop, rock, folk, blues, show tunes, Americana, carols - we did them all. One day we'll have to dig through mom's photo albums to get photos of us playing together as little kids. Dave came for dinner one evening when he was 16 years old and he's been singing along with the Grays ever since. 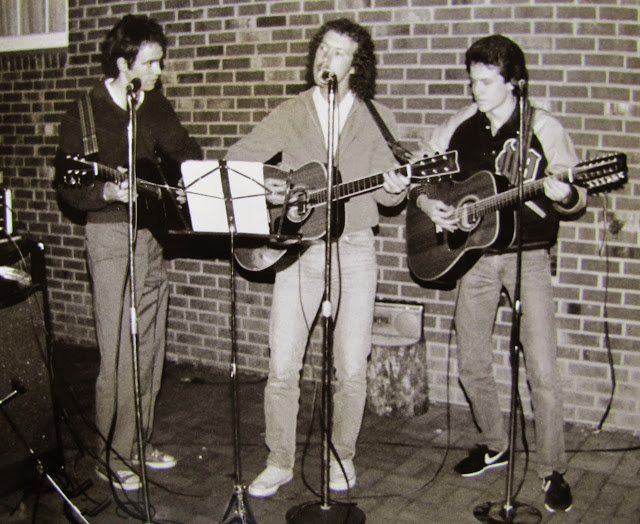 There were many different configurations for performance but at home, it was a big family musical gathering. Above is Dave, Barry and Brad - aka The Passaic River Ramblers - late 1980's. 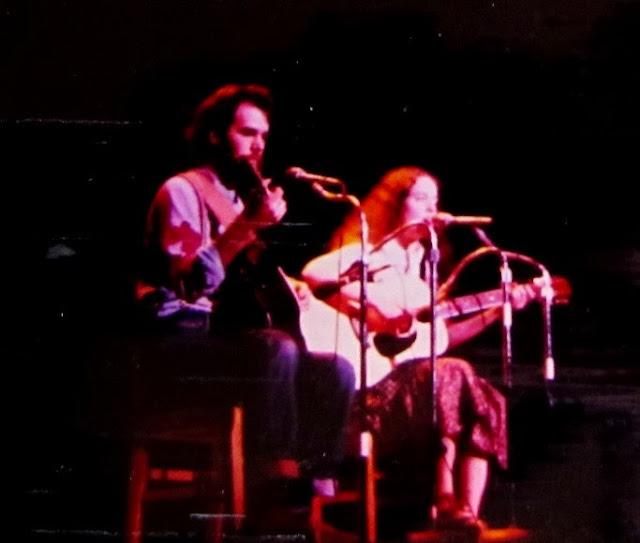 Dave and Bev performed together all through high school and college and twice were finalists in the Mountaineer Talent Search at ASU. It was a grueling process involving months of performances, but performing at the final in front of 5000 people in a huge booming auditorium was pretty awesome and it did result in private performance at Broyhill Mansion for that famous family. 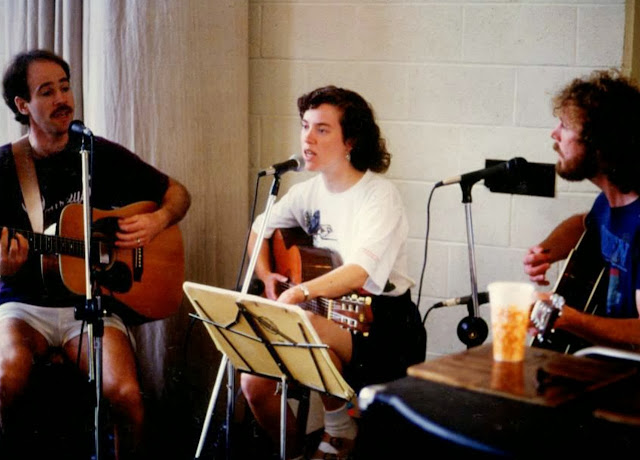 In the '80's, Dave, Bev and Barry created Gude Studios, creating music for poets and would-be lyricists, producing recordings, some of which ended up being marriage proposals.(and clients reported back: she said yes!)  It didn't pay too well but we created songs for people throughout the US and Canada. It did, however, make enough money for us to purchase our first mics, stands, chords and other gear. 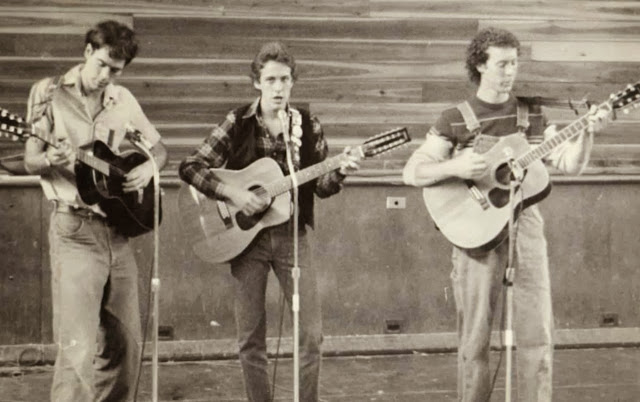 Above, the Passaic River Ramblers perform at one of their spots at the ASU Fall Festival in the early 80's. More "lookin' back" to come as more photos are uncovered!
at 9:17 AM