A day at WCOM and an evening with Big Ron Hunter 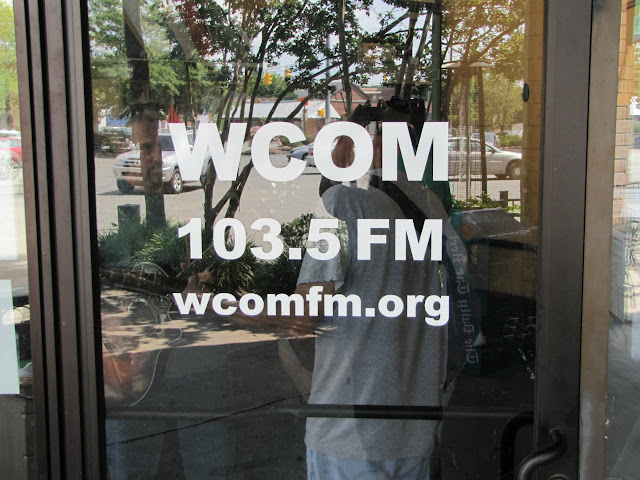 Graymatter played the songs of Barry Gray....LIVE on the radio. Performing and being interviewed on the radio is pretty different from a live stage performance. Kind of nerve-wracking but fun! We heard afterwards that the internet broadcast was glitchy which is disappointing,  but we also learned that our families were sitting in cars around town listening to the radio broadcast. Talk about support! A podcast of the show is available so you internet listeners can enjoy it at your leisure. 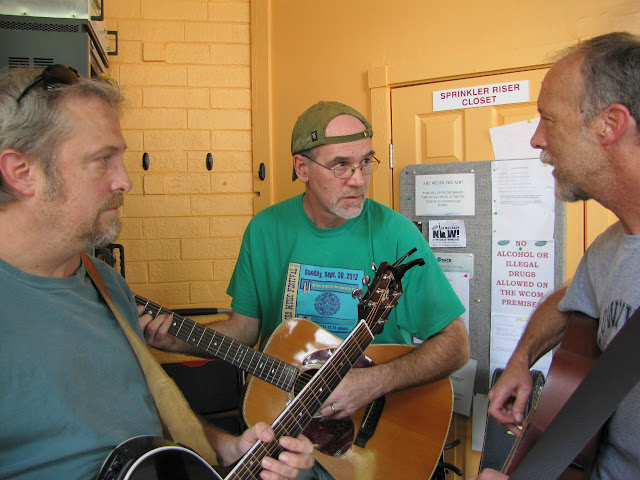 Warming up in the yellow "green room" before going on the air.
Making sure it all comes out right! 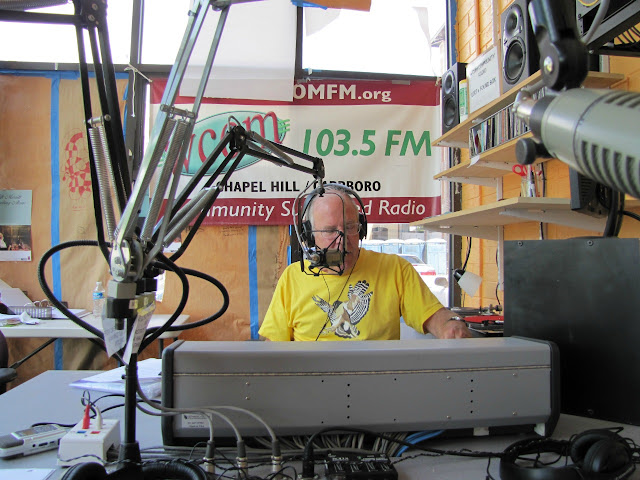 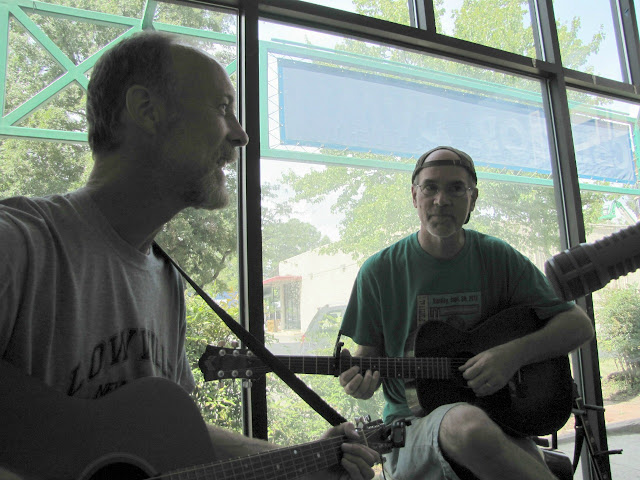 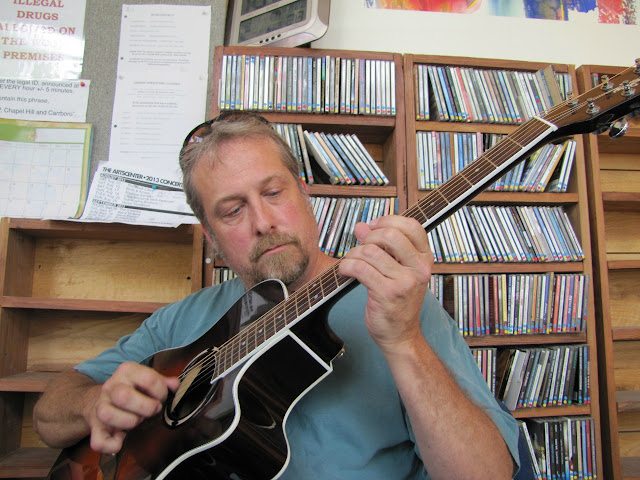 Yes, Bev was there too - but someone had to take the photos! 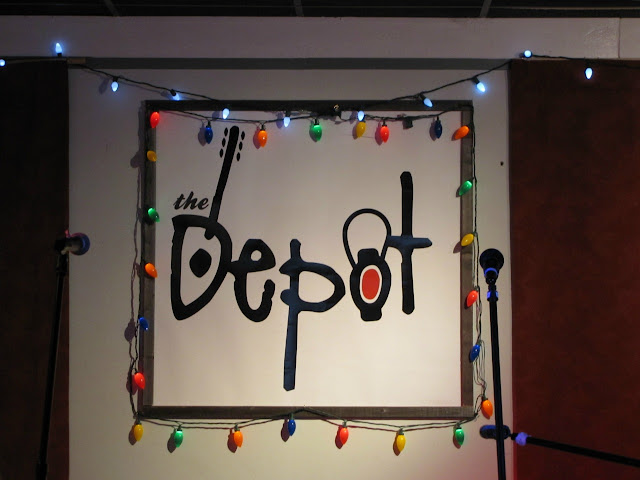 Then it was off to the Depot at Hillsborough Station where we played to a lively audience of all ages. I think that we saw more dancers under the age of 4 than we've ever seen moving to our music before!

A real joy for us was the enthusiasm coming from the group that followed us on stage. Big Ron Hunter and his band arrived at the Depot so they could hear Graymatter before their own set. Big Ron led the crowd, clapping in time to our songs and we could see him singing along with us when we hit on one of his favorites. 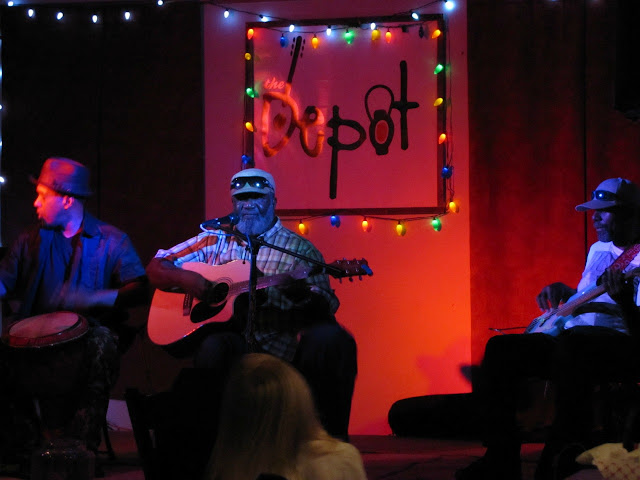 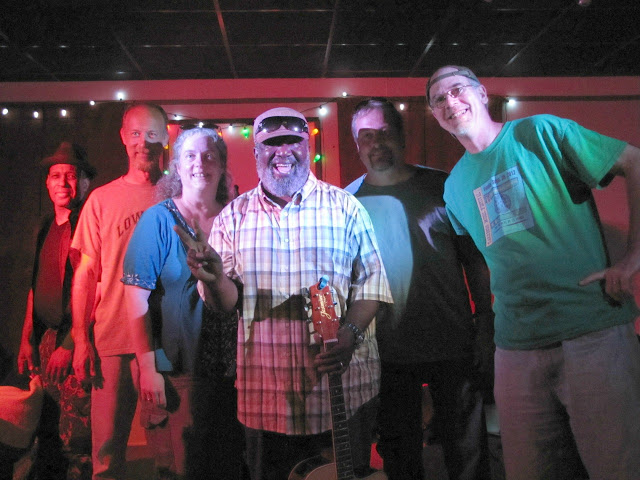 "Ron is called the world's happiest Bluesman. He owns a voice that gives people chills. It’s the kind of voice that carries warmth and tenderness, a voice that is unmistakably his own and embodies everything that’s raw, pure and beautiful about the blues.
Ron Hunter was born in Winston-Salem, NC. His father, who was a sharecropper, taught Ron how to sing and play the guitar at a young age. Mentored by the legendary Guitar Gabriel and versed in R&B, Rock & the Blues of BB King, Now touring with the Music Maker Revue, Hunter has entered the Blues scene at full speed.

The Music Maker Relief Foundation was founded to preserve the musical traditions of the South by directly supporting the musicians who make it, ensuring their voices will not be silenced by poverty and time."

“What is worth keeping is worth passing on”

You can learn more about The Music Maker Relief Foundation at
http://www.musicmaker.org/about-us/our-story/
at 7:44 AM